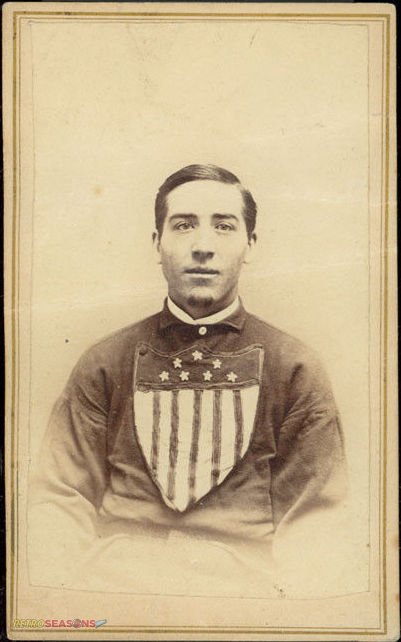 These discovered photo cards are recognized as some of the first baseball cards, issued in 1866 for the Union Base Ball Club of Lansingburgh. The team was established in 1860 in Lansingburgh, New York. By 1868 the “Troy Haymakers” nickname for Union of Lansingburgh was common, although the team was sometimes called the Trojans. Members of the National Association of Base Ball Players, the Haymakers participated in the first pennant race of 1869 and joined the first professional league, the 1871 National Association. They disbanded halfway through the 1872 season “on account of an empty treasury.”