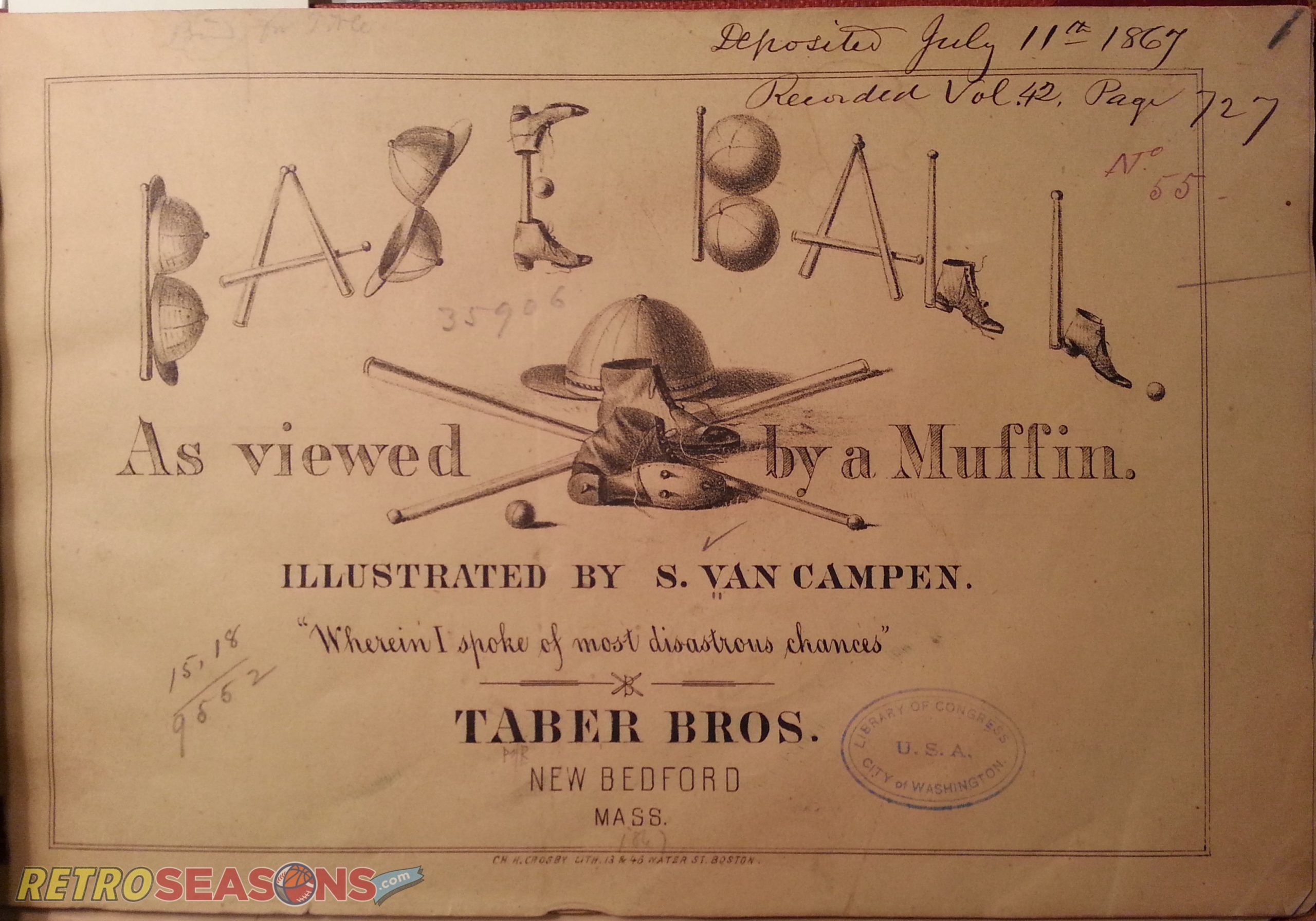 “Base Ball as Viewed by a Muffin”: Early baseball illustrations

In 1860s baseball parlance, a “muffin”—from the verb “muff,” to mishandle a ball—was an incapable or inexperienced player. Clubs of the era often had second or muffin nines, who played one another in games that might take deliberate liberty with the rules and etiquette typical of elite matches. Base Ball as Viewed by a Muffin is a suite of lithographs exploiting the comic potential of a muffin match; each print is accompanied by a poetic quotation underscoring the humorous nature of the scene. The lithographs are the work of Savillion Van Campen of New Bedford, Massachusetts, a printmaker and local ballplayer. Shown here alongside the book’s cover are reproductions of two of the sixteen interior prints. Run You Fool! is accompanied by a passage from Oliver Wendell Holmes’s The Treadmill Song: it depicts a batter paralyzed in admiration of his hit. The Collision illustrates another gaffe not unfamiliar to modern observers, that of two players running into one another chasing a pop-up. The primitive illustrations strike a slightly surreal note that only enhances their charm.

This rarity was created in 1867, just two years after the Civil War and gives a little comedic relief at the expense of baseball. Numerous early baseball illustrations are found within this publication by S. Van Campen. The sixteen page booklet illustrates pitching, base running and even has fun with the official scorer and umpire. Each illustration is titled on the top and includes a description. Many of these beautiful illustrations are well known from having been reproduced in countless books and periodicals over the years. Each of the sixteen black-and-white engravings, depicting various baseball situations, is titled, with a comment on the scene below. Only a half dozen physical copies are known to exist.