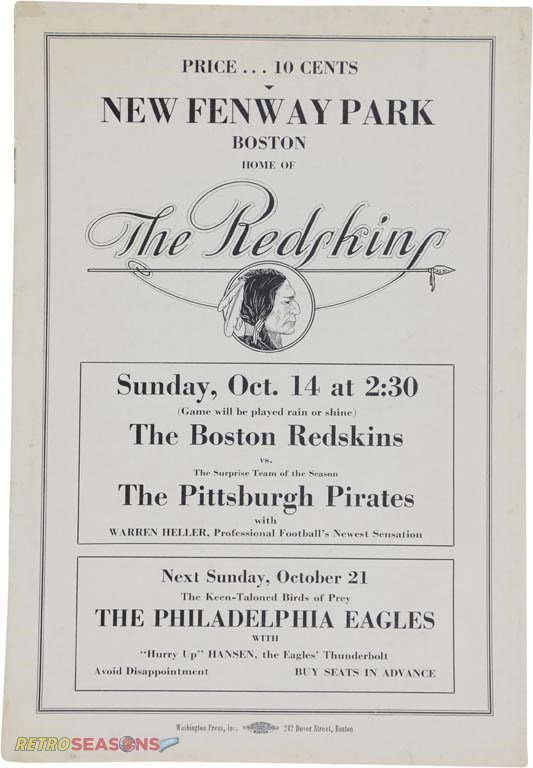 The NFL Boston Redskins and Pittsburgh Pirates (now the Pittsburgh Steelers) met twice in 1934, the Redskins shutting out Pittsburgh in both games. The Redskins, now in Washington, were founded in Boston in 1932 before moving to Washington in 1937 where they won their first championship. As noted on the cover of the game programs from below, while in Boston, the Redskins played at Fenway Park. The Pittsburgh team also played in their hometown’s baseball stadium, Forbes Field. The 1934 Redskins finished in 2nd place in the NFL Eastern Division with a 6-6 record while Pittsburgh finished in last place with a dismal 2-10 record.