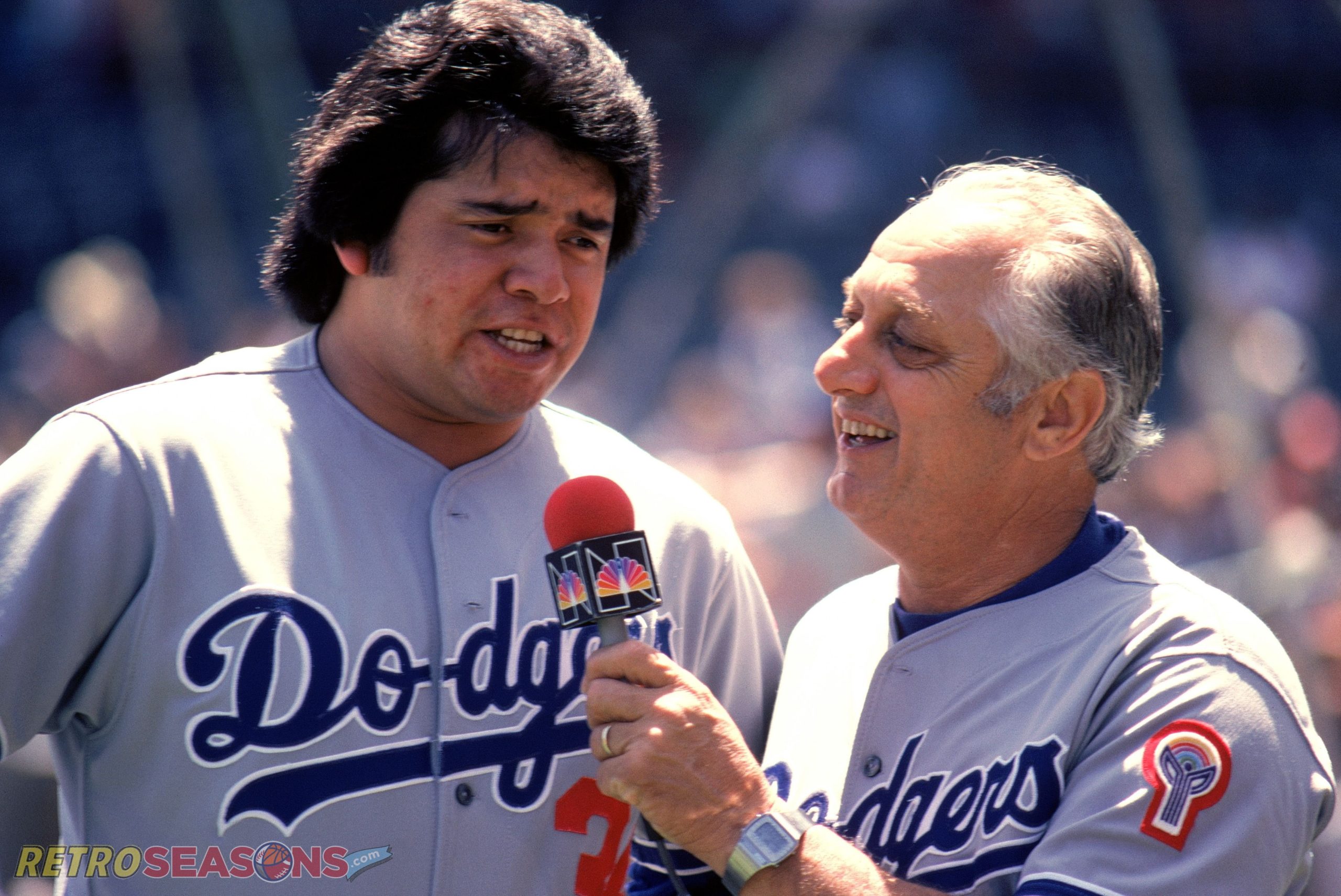 After the Los Angeles Dodgers acquired Fernando Valenzuela in the summer of 1979, the Dodgers pitcher Bobby Castillo taught him to throw the screwball. During the 1980 season, Valenzuela was promoted to the Double-A level where he led the Texas League with 162 strikeouts. Valenzuela was called up to the Los Angeles Dodgers bullpen in September 1980. In the last month of the season, Valenzuela helped the Dodgers to a tie with the Houston Astros for the Western Division lead, pitching 17​2⁄3 scoreless innings of relief over the course of ten games. However, the Dodgers lost a one-game playoff, and the division championship, to the Astros.

For the 1981 season, Valenzuela was named the Opening Day starter as a rookie after Jerry Reuss was injured 24 hours before his scheduled start. Valenzuela shut out the Houston Astros 2–0. He started the season 8–0 with five shutouts and an ERA of 0.50. In addition to his dominance on the mound, Valenzuela’s unusual and flamboyant pitching motion—including a glance skyward at the apex of each wind-up—drew the attention of its own.

An instant media icon, Valenzuela drew large crowds from Los Angeles’ Latino community every time he pitched. The craze surrounding Valenzuela came to be known as “Fernandomania.” During his warm-up routine at Dodger Stadium, the PA system would play ABBA’s 1976 hit song Fernando. In 1981, he became the first player to win the Rookie of the Year Award and the Cy Young Award in the same season. He was also the first rookie to lead the National League in strikeouts, leading the Dodgers to win the World Series.

Tweets by dodgers/
Go to Top