Johnny Unitas with the San Diego Chargers in his final season 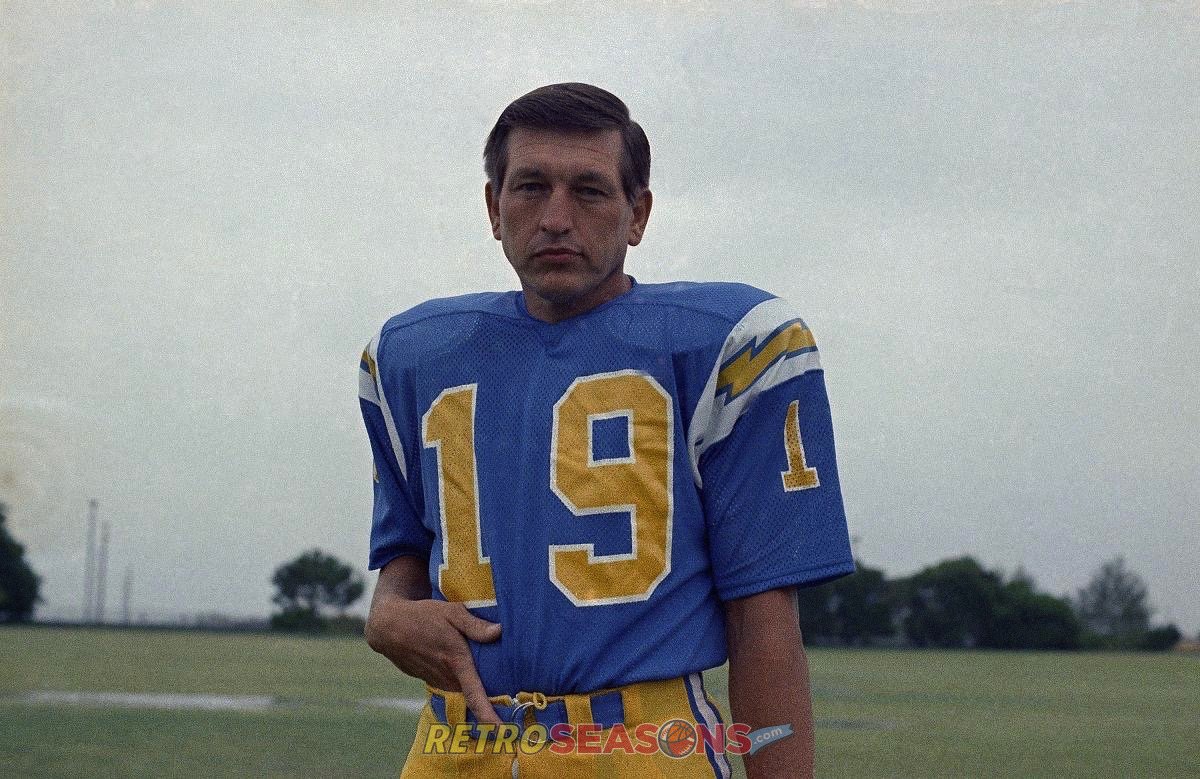 Johnny Unitas was traded from the Baltimore Colts to the San Diego Chargers on January 20, 1973, in a transaction that originally had future considerations returning to Baltimore. The deal’s only obstacle was the personal services contract he had signed with the Colts in 1970 which would’ve kept him employed within the organization on an annual salary of $30,000 over ten years once his career as an active player ended. The pact had been signed when the ballclub was owned by Carroll Rosenbloom who subsequently acquired the Los Angeles Rams on July 13, 1972, in a franchise swap with Robert Irsay. The deal was completed when the Chargers purchased that contract. Eager to sever all ties with the Colts, Unitas signed a new two-year contract with the Chargers on June 8, 1973. He succeeded John Hadl who had requested and was granted a trade to the Rams.

Unitas started the season with a 38–0 loss to the Washington Redskins. He threw for just 55 yards and 3 interceptions and was sacked 8 times. His final victory as a starter came against the Buffalo Bills in week two. Unitas was 10–18 for 175 yards, two touchdown passes, and no interceptions in a 34–7 Chargers rout. Many were questioning his role as a starter after a loss to the Bengals in week three. Two weeks later, he threw two first-half interceptions, passed for only 19 yards, and went 2-for-9 against the Pittsburgh Steelers. He was then replaced by a rookie quarterback, future Hall of Famer Dan Fouts. After having posted a 1–3 record as a starter, Unitas retired in the preseason of 1974.

Tweets by Chargers
Go to Top