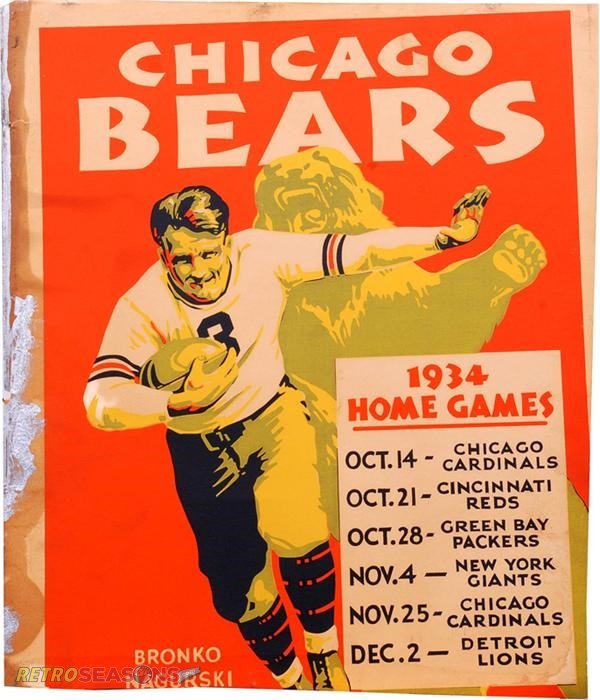 The 1934 NFL season began with success, as the Bears reeled off nine straight wins in which they scored 20 or more points each game while allowing more than 7 points only twice. The last four wins were more difficult, including a tough win over the New York Giants and back-to-back home-and-away close victories over the Detroit Lions in that franchise’s first year in Detroit. The Bears outscored opponents 286–86, and became the first team to go unbeaten and untied in the NFL’s regular season.

The Bears were denied a perfect season after losing the championship game to the Giants at the Polo Grounds in New York on a very slick, ice-covered field, 30–13.

Tweets by ChicagoBears
Go to Top