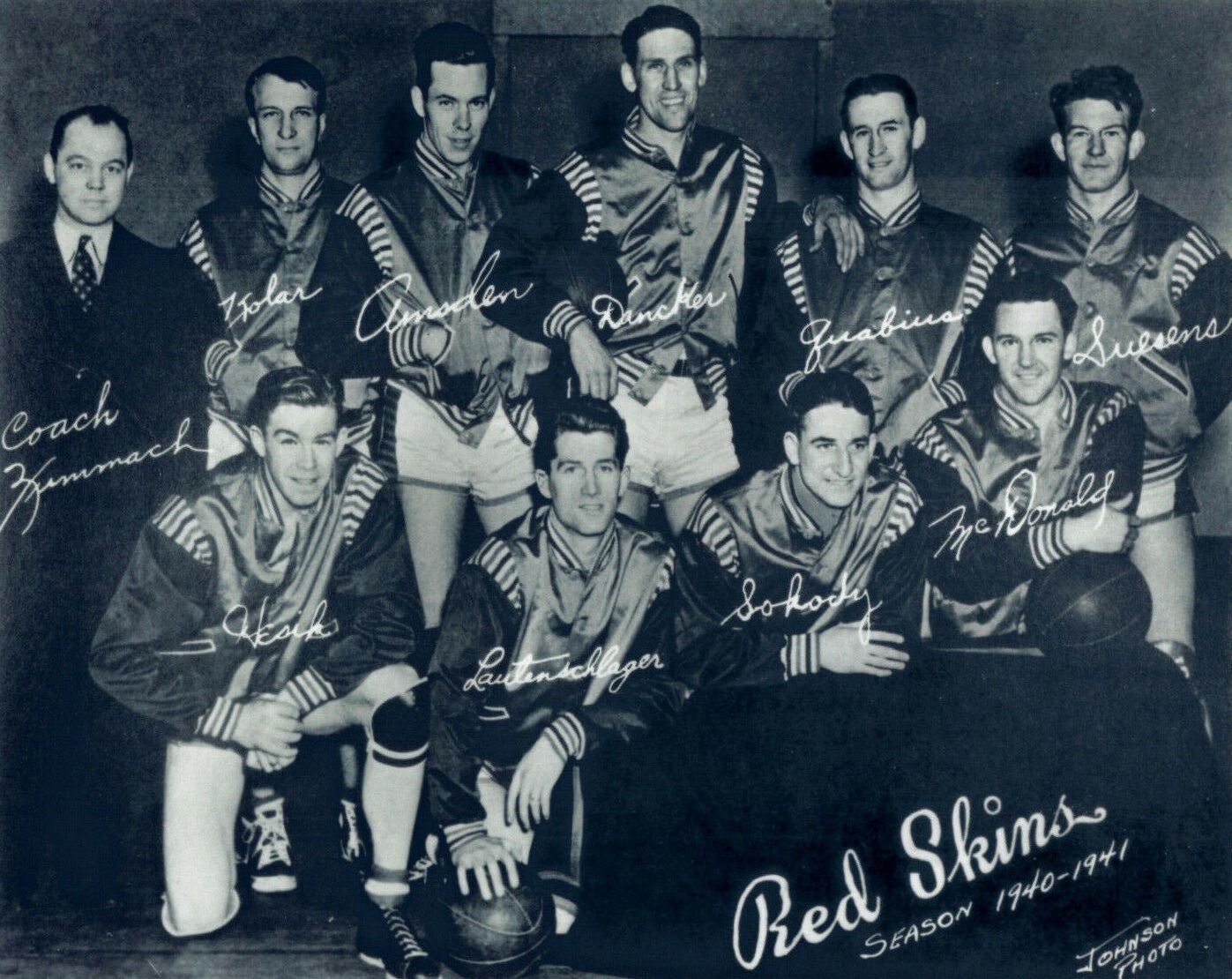 The Sheboygan Redskins have again accepted the invitation to enter the World’s Championship Professional Basketball Tournament (WPBT) at the International Amphitheater, Chicago, from March 15 to 19. Eleven teams have entered the tournament so far. They are the Sheboygan Redskins, the Oshkosh All-Stars, the Detroit Eagles, and the Chicago Bruins of the National Basketball League, the Harlem Globe Trotters, world champions of last season, who will defend their title, New York Rens, Toledo White Huts, Indianapolis Kautskys, Fort Wayne, Bismarck, N. D.. and the Davenport, Iowa, Turner Rockets. Among the teams still under consideration to compete in the field of 16 are the Philadelphia Sphas, Newark Elks, Clarksburg Oilers, Kenosha Royals, Dayton Wonders, Rochester Seagrams, Syracuse Reds, Galloping Gophers of Minnesota, and several other teams. Officials of the huge International Ampitheater are sparing no efforts to make its bow as a basketball center worthy of the meet. Seating arrangements, the floor, the surroundings, parking space, and every other facility for the comfort and convenience of the spectators, no details being overlooked.

A new floor is being laid out for the tournament, in which 16 of the finest basketball teams in the country will fight it out for the world’s championship and the right to meet the College All-Stars in next year s classic. Baskets with transparent-back boards are to be installed so that every seat in the place will command a view of all that, transpires on the court, which promises to be plenty. Eight thousand, five hundred fans can be comfortably seated in the Amphitheater. There will be free parking space. More than 4,000 cars can be accommodated in the brightly lighted, guided spaces of the structure, with easy access before the games and a quick exit afterward.