The 1970s at Arlington Stadium 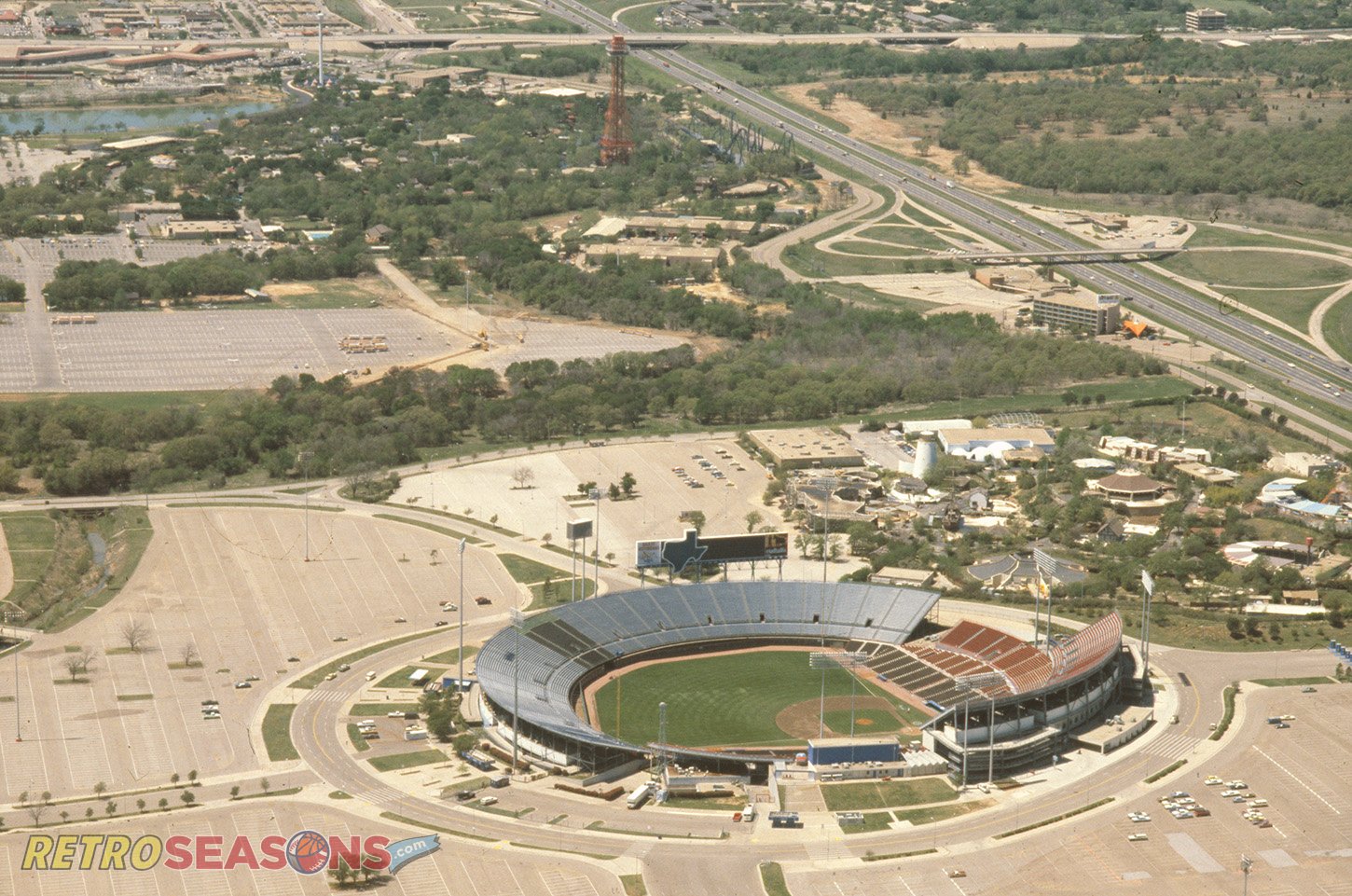 At the beginning of the 1970s the struggling second incarnation of the Washington Senators announced their intentions to move to the Metroplex under the banner of the Texas Rangers. The stadium was expanded to seat over 35,700 people, and was renamed Arlington Stadium. It was the fifth former minor league park converted for use by a major-league team (not counting instances where minor-league parks served as temporary homes), after Baltimore’s Memorial Stadium, Kansas City’s Municipal Stadium, Minnesota’s Metropolitan Stadium and Seattle’s Sick’s Stadium.

The stadium played host to its first major league game on April 21, 1972, when the Rangers inaugurated the stadium by defeating the California Angels, 7-6; MLB’s first-ever strike had disrupted the start of the 1972 season, hence the later than anticipated opening day.

The park had a skeletal, jerry-built feel, and it was obvious that it had once been minor-league. Before the upper deck was added in 1978, fans entered at the very top of the stadium and walked down to their seats. It had the largest bleacher section in baseball, stretching from both foul poles. Unlike most stadiums built during this time, there were very few bad seats, due to its natural-bowl location and the field being 40 feet (12 m) below street level. Early in the stadium’s existence, the stadium could be converted for football by swiveling the third-base grandstands into the outfield. In the process, people sitting in the left-field bleachers had their view cut off. When a football game was played at the stadium, an auxiliary press box, located near the first base side, was used. With the 1978 renovations, however, the stadium was locked in its baseball configuration for the remainder of its existence, although the football press box remained until the stadium’s closure.