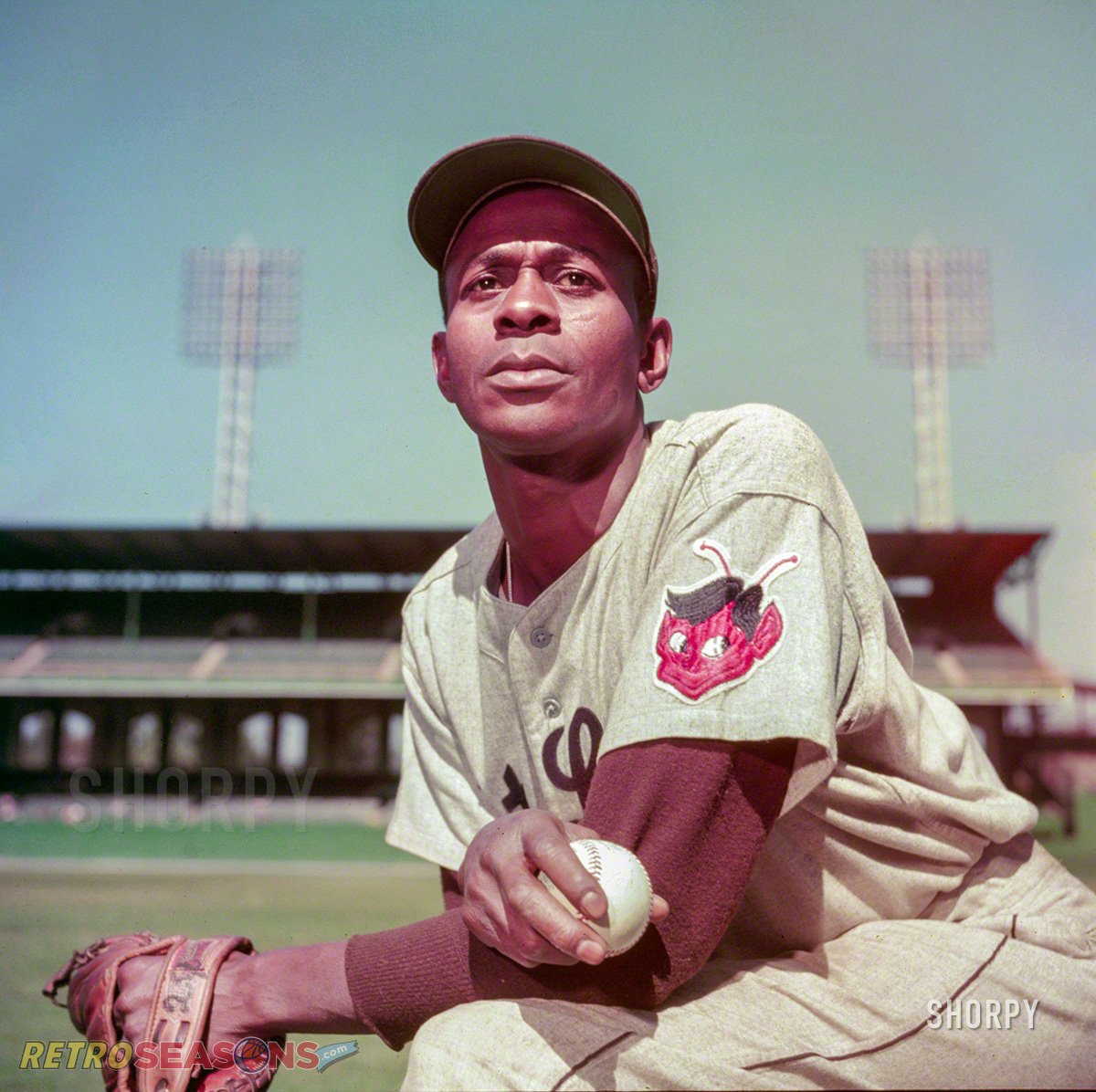 Satchel Paige, after 21 years in the negro leagues, became oldest major league rookie while playing for the Cleveland Indians in 1948 at age 42. He played with the St. Louis Browns until age 47, and represented them in the All-Star Game in 1952 and 1953.

In 1950, Satchel Paige signed with the Philadelphia Stars in the Eastern Division of the Negro American League (NAL) for $800 per game. When Bill Veeck bought an 80% interest in the St. Louis Browns he soon signed Paige. In his first game back in the major leagues, on July 18, 1951, against the Washington Senators, Paige pitched six innings of shutout baseball until the seventh when he gave up three runs. He ended the season with a 3–4 record and a 4.79 ERA.

In 1952, Rogers Hornsby took over as manager of the Browns, and despite past accusations of racism, Hornsby was less hesitant to use Paige than Lou Boudreau was four years before. Paige was so effective that when Hornsby was fired by Veeck, his successor Marty Marion seemed not to want to risk going more than three games without using Paige in some form. By July 4, with Paige having worked in 25 games, Casey Stengel named him to the American League All-Star team, making him the first black pitcher on an AL All-Star team. The All-Star game was cut short after five innings due to rain and Paige never got in. Stengel resolved to name him to the team the following year. Paige finished the year 12–10 with a 3.07 ERA for a team that lost ninety games.

Stengel kept his word and named Paige to the 1953 All-Star team despite Paige not having a very good year. He got in the game in the eighth inning. First, Paige got Gil Hodges to line out, then after Roy Campanella singled up the middle, Eddie Mathews popped out. He then walked Duke Snider, and Enos Slaughter lined a hit to center to score Campanella. National League pitcher Murry Dickson drove in Snider, but was thrown out at second base trying to stretch the hit into a double. Paige ended the year with a disappointing 3–9 record, but a respectable 3.53 ERA. Paige was released after the season when Veeck once again had to sell the team.

Tweets by Orioles
Go to Top